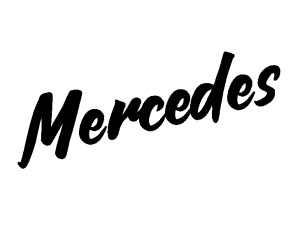 If enthusiasm was talent …….

When my daughter mentioned to me that she was organising a Christmas Fair at work and did I want to have a table to sell some of my hand made garments I jumped at the chance.  I imagined standing behind my festively decorated table, smiling at all who stopped to admire my wares and selling out of everything before the end of the day.  It did not take long before the doubt and the anxiety crawled into my head and the whole thing became a nightmare (before Christmas)

I decided to go with the Christmas theme for my produce and promptly went searching for underwear patterns that I could produce in humorous Christmas fabric.  Now, that I had decided what I was going to do, what patterns to use?  I personally appreciate the cover and warmth of a good pair of granny pants.  The more coverage the better is my thinking, but I am a woman rapidly approaching her 60s and am in the practicality over glamour stage of life.  However, the Christmas Fair was being held in a modern tech company in their “Chill Out Zone” so I doubt there would be many that would have reached that Zen stage of life yet.  When I did find a good all round, but not too granni-ish, knickers pattern, I came across the issue of using the pattern to make and sell.  Forgive me for being serious for a moment but, I feel this is such an important point.  I have never produced a pattern myself, but I know a few people that have.  The work involved in designing, testing, grading and re-testing is huge and add on to that the emotional input into their design, I feel it is wrong and downright rude to use a designer’s pattern against their will for your own personal gain.  One pattern download site, Lekela https://www.lekala.co/ , actually states that  – “You are most welcome to sew for yourself, your friends, sell ready garments in your Etsy shop, in your atelier, or even mass produce them. The patterns are absolutely royalty-free.” So this is where I normally look first to see what is on offer and found a good pair of ladies knickers and men’s boxer shorts patterns.  I also wanted a bralette to add to my range and found what I thought was the perfect one in the Madalynne Intimates Barrett Bralette – @mmadalynne.  I checked Maddie’s site and there was nothing about using the pattern to make and sell, so I emailed her to ask.  What a lovely lady.  She got back to me in no time, even with the time difference and the fact she was on holiday, saying she was happy for me to use her pattern.  So I had patterns, I had fabric, now to make.

I started by making one of each item to check out how they went together.  For the knickers and Bralette I made my daughter’s size as it meant I could try them on her and get her opinion on the fit.  For the men’s boxers she asked a friend to try them for me and pass back any comments. All was fine.  She loved her garments, they fitted well and looked good on her.  Her friend was happy with the boxers and stated they were “very comfy”.  So off I went with full scale production of my stock for the Fair.  That is until I came to my first hurdle, how many of which sizes do I make?

The last thing I wanted was to make all the wrong sizes and not sell anything.  I only had a small range of sizes, 4 on the knickers, 5 on the bralettes and 3 on the boxers.  Do I make more of the smaller sizes? Will that be discriminating against anyone of a larger size that would like to enjoy humorous Christmas undies too.  And that is not the end of it.  The fabric I had bought was perfect but did not have a lot of stretch. So a size 40” hip looked big compared to commercially produced undies and I was making up to a 44”.  Along with this the first comment my husband made when he saw the 34” boxers was “They’re big”.  This did not help my anxiety level which was beginning to rise. Would these huge looking pants put people off buying.  And there is more.

I started to question the quality of my sewing at every single stage of the makes.  I unpicked so many seams the pad of my left index finger is bruised.  I changed my methods of sewing, sometimes for the better, but mostly out of paranoia.  I questioned whether every seam was straight and even, had I finished the seam so it would not unravel, was the seam matching perfect, in fact anything I could cast doubt on I would.   And there is still more.  I had made one of everything to be tried on but what if my testers turned out to be a strange shape and when a normal person bought them they would not fit, they would look awful, they would be annoyed, upset, disappointed, confront me on my audacity to sell my hand made garments, start a hate campaign on Twitter.  As you can see things were really getting out of control at this point and I had not even touched on the fact that I was going to ask for money for these makes.  HOW MUCH WAS I GOING TO CHARGE?   By this point I was regretting the decision to make humorous Christmas underwear and was searching the internet for a whale song and incense burning session with added chocolate. But, I am not a quitter, though sometimes I really should just give up, so I will carry on, make decisions, garments and preparations for my first and possibly last Christmas Fair.

My daughter’s work’s Christmas Fair is on Thursday 5th December.  I will report back on how it all went.

2 thoughts on “Hats off to all small businesses”